Dutch East India Company formally dissolved (31 December), and its debts and possessions taken over by the Batavian Republic 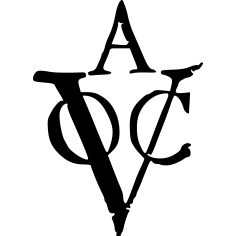 Dutch East India Company formally dissolved (31 December), and its debts and possessions taken over by the Batavian Republic

Abortive revolt in the Netherlands crushed by Alva. Execution of Egmont and Hoorn at Brussels (June)

The sea-beggars’ capture of Den Brid (April) followed by a new surge of revolt in Holland and Zedand. Massacre of St. Bartholomew (August)

Union of Utrecht (January) between the seven northern and self-styled United Provinces of Holland, Zeeland, Utrecht, Guelderland, Overijssel, Groningen and Friesland. The regions subsequently captured formed the ‘Lands of the States-General' or 'The Generality’

Prince William I of Orange, Stadtholder of Holland, Zeeland and Utrecht, and the States-General of the Seven Provinces, formally renounce their allegiance to Philip II of Spain

Assassination of William I (July). Rise of the Muslim empire of Mataram in central Java begins, 1582-1613

Parma’s capture of Antwerp followed by accelerated emigration of Calvinists and capital from the southern Provinces to the northern. Leicester’s abortive governor-generalship in the Seven Provinces. First Iberian embargo on Dutch shipping (May 1585)

Great expansion of Dutch seaborne trade to the Mediterranean, West Africa and Indonesia

Foundation of the English East India Company. The first Dutch ship reaches Japan. Unification of Japan under the de facto rule of the Tokugawa Shogunate after the battle of Sekigahara, 1600-1863

Dutch capture Amboina and drive the Portuguese from the Moluccas

Dutch fleet blockades the Tagus. A Spanish expedition from the Philippines recaptures part of the Moluccas. Unsuccefully Dutch attacks on Mozambique and Malacca

Inauguration of the Ten Year Truce with Spain, Dutch factory at Hirado in Japan

Dutch settlements founded in Guiana and the Amazon region, these last beeing subsequently destroyed by the Portuguese. Fort Mouree founded on the Guinea Coast (1612)

Expiration of the Twelve Years Truce. Establishment of the Dutch West India Company

Catalonia and Portugal revolt from Spain, which subdues the former in 1656 And recognizes the independence of the latter in 1668. Dutch defeat a Portuguese Armada off Pernambuco

Dutch capture Malacca (January), the Maranhao and Luanda (August) from the Portuguese, with whom they also conclude a Ten Year Truce at The Hague (June). The Dutch are now the only Europeans allowed in Japan (Deshima at Nagasaki) till 1853

Dutch naval expeditions force the passage of the Sound and protect Dutch trade in the Baltic. John Maurice’s departure from Pernambuco, followed by rebellion in NE. Brazil against the Dutch. Manchus inaugurate their conquest of China

Death of Frederick Henry, who is succeeded by his son, William II, as Stadtholder

Premature death of William II after an abortive coup-de-main against Amsterdam. Abolition of the office of Stadtholder (save in Friesland and Groningen), and inauguration of the -period of the so-called 'True Freedom'. Passage of the English Navigation Act discriminating against Dutch seaborne Trade

First Anglo-Dutch War, ending in a decisive Dutch defeat in the North Sea and regional Dutch victories in the East Indies and the Mediterranean. Van Riebeeck founds the settlement at Cape Town-Johan de Witt becomes Grand Pensionary of the Province of Holland and the effective leader of the Republic until 1672. Portuguese expel the Dutch from NE. Brazil. Arnold de Vlaming completes the conquest of the Amboina group (1650-6)

Dutch intervene in the Baltic and relieve the pressure of the Swedish attack on Denmark. Dutch complete the conquest of coastal Ceylon (1654-8)

Dutch make peace with Portugal and complete the conquest of Malabar from the Portuguese. Coxinga captures Formosa from the Dutch, and the Spaniards evacuate the Moluccas. First Dutch attack on Macassar

Second Anglo-Dutch war, culminating in the Dutch raid on the Medway and the Treaty of Breda. Final subjugation of Macassar by Speelman and Aru Palakka

Third Anglo-Dutch War and invasion of the Republic by the French. Murder of the brothers De Witt (August 1672) and re-establishment of the Stadtholdership in favour of Prince William III. Revolt of Trunajaya inaugurates the decline of Mataram which recognizes Dutch suzerainty by Treaty of 1677 1679 Death of John Maurice of Nassau-Siegen and Joost van den Vondel 1682-4. Subjugation of Bantam by the Dutch. Manchu conquest of Formosa 1685 Revocation of the Edict of Nantes followed by influx of Hugucnot refugees into the Republic

War of the League of Augsburg. William III becomes King of England (1689). Sino-Russian Treaty of Nertchinsk (1689). Treaty of Ryswijk (1697). Coffee tree introduced into Java from Arabia
1702 Death of the King-Stadtholder, William HI, and inauguration of the second Stadtholdedess period in the Republic

War of the Spanish Succession. Treaty of Utrecht, Civil war in Mataram and first Javanese War of Succession

Massacre of Chinese at Batavia followed by extension of fighting into the interior of Java and a new war in Mataram, ending with further cession of territory by the Susuhunan

Republic involved in the War of theAustrian Succession and its territory invaded by the French. Abortive middle and working-class movements against oligarchic misrule. William IV made Stadtholder of all seven Provinces, and the office is made hereditary in the House of Orange

Death of William IV, and practical resumption of regent-oligarchic rule during minority of his son

Seven Years War, during which the Dutch profit as neutrals but suffer from considerable English interference with their seaborne trade. A Dutch expedition to restore their position in Bengal miscarries completely and is annihilated by the English (1759)

William V assumes the functions of the Stadtholdership. Rivalry between the pro- and anti-Orange factions in the Netherlands grows steadily worse from now onwards

Dutch East India Company formally dissolved (31 December), and its debts and possessions taken over by the Batavian Republic (From the Dutch Seaborne Empire (1600-1800) (R Boxer)