Long years before the beginning of the Christian era, the Western hemisphere had cast its glance towards the shores of Kerala, attracted by the wealth of spices and herbs. Centuries elapsed as History was witness to the rise and fall of major empires. Ashokan edicts of the 3rd century B C, the Sangam literature of the 3rd century AD as well as the accounts of Pliny and Ptolemy were the primary sources of information on Kerala. The arrival of Christianity in the 1st century AD. and Islam in 7th or 8th century was also possible because of the already existing trade links.

According to William Logan’s Malabar Manual, it was from Cosmas Indicopleustes, a traveller who later became a monk, ("Indicopleustes" means "Indian voyager") that the authentic account of the Malabar Coast is available and the period is fixed as the early part of the sixth century. Speaking of the synergies that worked between the trading nations and Malabar, Logan states that many practices of the land, ‘Kerala’, were transmitted by these traders from here to their territories and this explains the emergence of monasteries, nunneries, and celibacy in Europe, and in the same manner India assimilated the arts, science, architecture and use of mints from the Occident.

It is said that Jesus Christ’s disciple St Thomas landed in the Muziris port of Kodungaloor in 52 AD and converted a lot of people in the region to Christianity. He established seven and churches in these areas - Maliyankara, Palayur, Kottukaavu, Kokkamangalam, Kollam, Niranam, and Nilackal. It can be safely presumed that even before Christianity struck roots in Europe, it had arrived in Kerala. According to historian Prof. A. Sreedhara Menon, the Emperor Constantine’s meet of Christian countries in Nicea in 325 AD. was attended by the Metropolitan of Persia and India, Johannes. Further in 345 AD, a trader named Thomas of Cana had brought a group of 72 families belonging to 7 clans consisting of 400 people from the Christian faith, and this stepped up the number of Christians in Kerala. The local rulers welcomed them without demur.

A major source of information on the events is ‘Tharisapalli Copper plates’.  Ayyanaddikal (844-855) of the Venad region granted the Christians many powers and rights in the Kollam area. Between 6th century AD. and 15th century AD., Christians of Kerala came under the jurisdiction of the church in Persia. With the arrival of the Portuguese, the Latin Catholic Church came into being in Kerala and this triggered of differences of opinion between the believers. With the control of the British in the localities, new denominations of Christianity started raising its head in India.

The Jews, like the Christians, came to India around 68 AD. When the Jews faced persecution in other lands, it was Kerala that gave them refuge. Kochi is a witness to Jew presence in Kerala and relics of Jewish history in the region, including the synagogue, are reminders of the past. The Jews too were welcomed by the rulers of the time, like Bhaskara Ravi Varma in 1000 AD. It was the prominent Jew Joseph Rabban who was honoured with the endowment of rights. Their fortunes took a downturn with the arrival of the Portuguese. The Jews started moving to Israel after it was formed in 1948.

Islam touched Kerala’s shores during the lifetime of the Prophet; once again it was trade, with the Arabs this time, that landed Muslims in Kodungallur. The first mosque that was set up here is a legacy from the past. Legends exist on the arrival of Mallik Dinar and the establishment of mosques across the region. 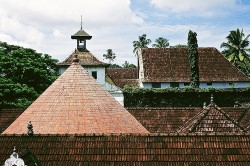 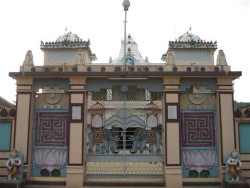 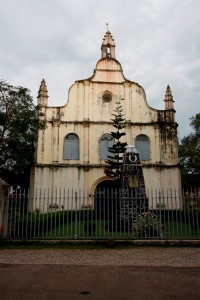