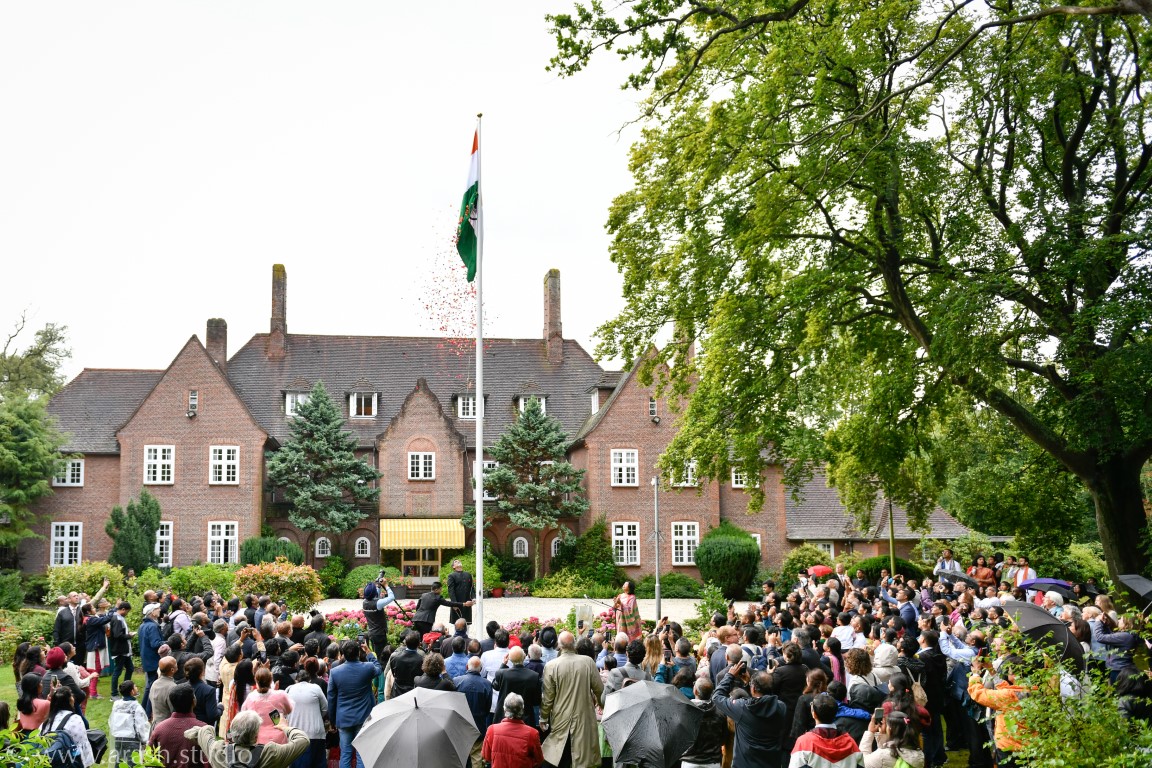 Over 700 members of Indian community and friends of India gathered at "India House" - the Ambassador’s residence in Wassenaar, Netherlands this morning (August 15, 2019) to celebrate India’s 73rd Independence Day.

This was the largest Independence Day gathering ever in the Netherlands and organized for the third time at the ‘India House’ in Wassenaar. Deputy Mayor of Wassenaar Caroline Klaver-Bouman and the former Deputy Mayor of the Hague Rabin Baldewsingh took part in the celebrations.

The celebrations began with the hoisting of the Indian flag by the Ambassador H.E. Mr. Venu Rajamony, singing of the National anthem and reading out President Ram Nath Kovind’s address to the nation. This was followed by patriotic songs, a dance performance and delicious Indian snacks.

India and the Netherlands have a long history of friendly bilateral relations going back to more than 400 years, encompassing many areas of shared interest. The Netherlands is one of the first three countries that established diplomatic relations with independent India in 1947.

Prime Minister Mark Rutte of the Netherlands visited India in May 2018 along with a high-level delegation comprising of four Cabinet Ministers and the Mayor of the Hague. He was also accompanied by a trade mission comprising of 130 companies/institutions and nearly 200 trade representatives, which was the largest trade mission to India from the Netherlands. Both countries have strong economic interests in each other. Prime Minister Modi and Prime Minister Mark Rutte also met on December 1, 2018 on the sidelines of the G20 in Buenos Aires and held discussions on boosting economic and cultural ties between India and the Netherlands.